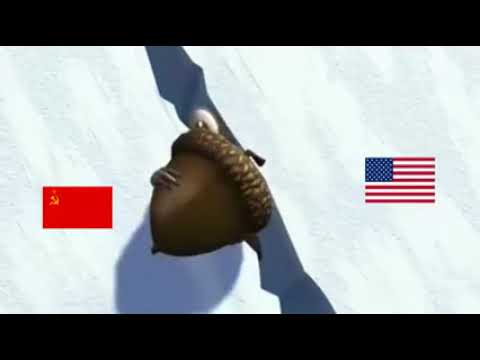 FOMO at $3500 & Engaging with Bitcoin without "investing"

Some thoughts at 3500$ for new and old.
Let's say you over-extended yourself and bought 2 BTC at 4k. Consider establishing a stop-loss to limit your liability. You can choose to sell and take the 1000$ loss as a valuable but cheap lesson in speculating; this market is a speculative jungle and you're only making money in the short term by actively playing the market, e.g. if you bought at 3700 and sold at 4400 before price declined again you would be pretty satisfied with yourself.
If you believe bitcoin will eventually become a digital reserve currency or at least see another all time high (ATH) at which you'll sell a portion and want to invest for the long term despite market volatility your other choice is to Dollar Cost Average your crypto. NB: that this does not mean buying in a lump sum, it is profoundly misguided to heavily leverage yourself to "go all in," which is an english phrase used in gambling. If you take this position the wisest course is to budget a small amount you can afford to lose and routinely buy crypto at set intervals regardless of losses.
For example, let's say that you put a small amount once a month into your crypto fund and the price has decreased by 500$/mo. If you bought set amounts at 6k, 5.5k, 5k, 4.5k, 4k, 3.5k then your DCA would be 4.75k/BTC, you're still down but not as badly as if you were to buy once at 6k. Ideally the price will eventually rise, so if you buy down to 3k then at 3.5k, 4k, 4.5k, 5k, 5.5k, 6k, & 6.5k your DCA is still 4.75k/BTC but the price is 6.5k/BTC. Feels pretty good, right? Now take a look at how long it took to get to this point in an improbable perfect scenario: 14 months. Note that this is for demonstration purposes only, not a prediction, and if we actualize sustained growth after this we're probably looking at much longer bumpier road.
If you're new or have pulled out to limit your losses, just be patient and keep watching the price. No one knows how low it will go and trying to anticipate that and exhausting your resources the moment you think we've hit bottom is a recipe for regret. Work on your budget now and when we see a sustained recovery start routinely contributing small amounts to your crypto fund. If you have debt the single most important step you can take towards financial independence is to pay it off and limit your use of credit. Consider building an emergency fund with 3-6 months of expenses before contributing heavily to a risky crypto fund.
Take this exciting/tumultuous period to learn about BTC and how to use it, we contribute to the ecosystem when we participate in further decentralizing the network and the benefits of bitcoin are fully realized when it's used as a currency. Put a wallet on your phone and computer, check out hardware wallets such as the Ledger to store large amounts while keeping spending money on your phone. Offer to accept bitcoin as payment, learn what private keys are and why it's important to hold them yourself rather than letting an exchange hold them. If you just bought some coins on an exchange because everyone is talking about bitcoin but didn't look much further than TAs, you can read this ELI5 article to get you started. Consider reading the Cypherpunk Manifesto and the pseudonymous Satoshi Nakamoto's Whitepaper. Google what you don't understand, ask what you can't find on Google. Andreas Antonopoulos is a bitcoin expert/evangelist/apologetic and has extensive talks/Q&As on his YT Channel.
If you're "in it for the tech" then consider contributing to the Lightning Network by running a node, if you're a tinkerer Stadicus has a pinned post that's a cool crypto project and costs about 125$. Raspiblitz project is linked in the comments to that thread and incorporates an LCD screen which CBDoctor used to make this legit node/art installation. Alternately you can buy a ready-made Casa node for 300$.
Hopefully y'all will post some additional thoughts and suggestions for further reading/tinkering in the comments.
Nour!

An article from 2013 but with great explanation on how bitcoin works using a digital apple as an example
https://medium.freecodecamp.org/explain-bitcoin-like-im-five-73b4257ac833

Can anyone explain futures to me like Im five? /r/Bitcoin

I work for a company deals with crypto software, exchanges, processing, you name it. I need to make a knowledge base to become a more trusted worker, cause I often do copyrights about crypto. What sources and books (optional) can u recommend? Crypto for dummies would be perfect.

What to read for newbies in crypto?

Recommend me please some resources to increase my knowledge in crypto. Thank you.

Could someone ELI5 Bitcoin for me

I have heard a ton about this from a friend, but I don't quite understand it. Could someone give me a basic explanation of how the Bitcoin are generated. I would love to invest in them, but I want to understand it better. Thanks friends!

Many of my family and friends don't understand bitcoin or how/why mining works, what's your best 'bitcoin for noobs' videos or analogies?

I'm writing a series about blockchain tech and possible future security risks. This is the third part of the series introducing Quantum resistant blockchains.


"Even if a quantum computer that can decrypt current cryptographic ciphers is more than a decade off, the hazard of such a machine is high enough—and the time frame for transitioning to a new security protocol is sufficiently long and uncertain—that prioritization of the development, standardization, and deployment of post-quantum cryptography is critical for minimizing the chance of a potential security and privacy disaster."

It seems like Scott/SSC has gotten much more mainstream recognition over the past year, so I was curious to know who the most influential SSC readers are now. Using twitter follower data for this isn't perfect (follower count is not a perfect proxy for influence, not all SSC readers follow the twitter account, etc.), but it's the best I could think of and I figured it would be a fun exercise regardless.
As an aside, a few interesting stats I learned about Scott's twitter followers (scraped on 12/30/17):
Note: When constructing the top 100 below, I excluded accounts that had extremely large Following counts, since I wanted the list to just consist of (likely) actual SSC readers. My exact rule was to exclude any account that follows >20K, include any that follows <10K, and include accounts in the 10K-20K range iff their following/follower ratio was less than 10% (this last condition was mostly just because I wanted to keep @pmarca on the list).
Anyway, below is the top 100. I also constructed lists for Eliezer, Robin Hanson, and gwern, and I can post those in the comments if anyone's interested.

Imagine that you are a Bitcoin miner, and each time you want to enter your block into the blockchain and get a reward you would be given a combination lock and would need to guess the combination in order to enter your block.. Now let’s say that your computing power or hash/rate is the number of combinations you can guess in a second. So the more computing power you have the faster you’d Cryptocurrency: Explain it to me like I’m 5. Mia Francis-Poulin. Bitcoin operates off a blockchain, which essentially is a digital ledger of all transactions that occur with the specified cryptocurrency. To put it really simply, the blockchain is managed by ledger-keepers, who are also called “miners.” ELI5 (Explain like I’m 5) But sure, if you ask us what the price of Bitcoin is going to be in five years time, it may raise a few eyebrows. The point is, there’s no need to feel like you’re too old, too young, or too anything that you can’t understand how cryptocurrencies work. Explain Bitcoin Like I’m Five. So that’s what an in-person exchange looks like. I guess it’s really the same, whether I’m giving you a banana, a book, or say a quarter, or a dollar The Bitcoin network varies its difficulty levels after the discovery of every 2016 blocks to ensure a constant output. If the network hash rate is high and the time taken to discover a new block is less than 10 minutes, then the network will increase the difficulty level proportionately to increase the block discovery time.

What is Bitcoin? Bitcoin Explained Simply for Dummies