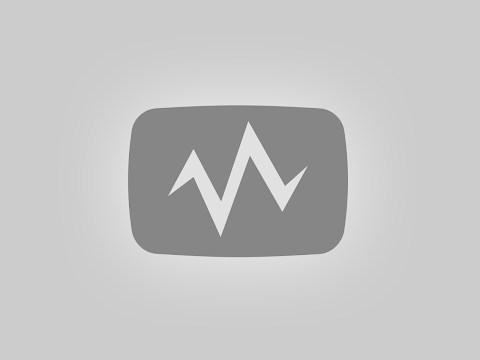 
TotalBlockSizeInLastButOneDifficulty
Else If ( ( (Sum of first 4016 block size in last 2 difficulty
period)/4016 < 50% MaxBlockSize) AND (TotalTxFeeInLastDifficulty <
TotalTxFeeInLastButOneDifficulty) AND (TotalBlockSizeInLastDifficulty
< TotalBlockSizeInLastButOneDifficulty) )
TotalBlockSizeInLastButOneDifficulty
Else
==Rationale==
These two proposals have been derived after discussion on
[https://bitcointalk.org/index.php?topic=1154536.0 BitcoinTalk] and
[http://lists.linuxfoundation.org/pipermail/bitcoin-dev/2015-August/010285.html
bitcoin-dev mailing list]. The original idea and its evolution in the
light of various arguements can be found
[http://upalc.com/maxblocksize.php here].
===Proposal 1 : Depending only on previous block size calculation===
This solution is derived directly from the indication of the problem.
If transaction volume increases, then we will naturally see bigger
blocks. On the contrary, if there are not enough transaction volume,
but maximum block size is high, then only few blocks may sweep the
mempool. Hence, if block size is itself taken into consideration, then
maximum block size can most rationally be derived. Moreover, this
solution not only increases, but also decreases the maximum block
size, just like difficulty.
===Proposal 2 : Depending on previous block size calculation and
previous Tx fee collected by miners===
This solution takes care of stable mining subsidy. It will not
increase maximum block size, if Tx fee collection is not increasing
and thereby creating a Tx fee pressure on the market. On the other
hand, though the block size max cap is dynamically controlled, it is
very difficult to game by any party because the increase or decrease
of block size max cap will take place in the same ratio of average
block size increase or decrease.
==Compatibility==
This is a hard-forking change to the Bitcoin protocol; anybody running
code that fully validates blocks must upgrade before the activation
time or they will risk rejecting a chain containing
larger-than-one-megabyte blocks.
==Other solutions considered==
[http://gtf.org/garzik/bitcoin/BIP100-blocksizechangeproposal.pdf
Making Decentralized Economic Policy] - by Jeff Garzik
[https://bitcointalk.org/index.php?topic=1078521.0 Elastic block cap
with rollover penalties] - by Meni Rosenfeld
[https://github.com/bitcoin/bips/blob/mastebip-0101.mediawiki
Increase maximum block size] - by Gavin Andresen
[https://gist.github.com/sipa/c65665fc360ca7a176a6 Block size
following technological growth] - by Pieter Wuille
[https://lightning.network/lightning-network-paper.pdf The Bitcoin
Lightning Network: Scalable Off-Chain Instant Payments] - by Joseph
Poon & Thaddeus Dryja
==Deployment==
If consensus is achieved, deployment can be made at a future block
number at which difficulty will change.
-------------- next part --------------
An HTML attachment was scrubbed...
URL: <http://lists.linuxfoundation.org/pipermail/bitcoin-dev/attachments/20150825/89d505e5/attachment.html>
 original: http://lists.linuxfoundation.org/pipermail/bitcoin-dev/2015-August/010640.html

This is one of the most important posts from u/ForkiusMaximus - and it is highly relevant today, now that exchanges (such as ViaBTC) have already started allowing investors to do "fork futures" or "fork arbitrage" trading - putting their money where their mouth is, to invest in Bitcoin-Cash versus Bitcoin-SegWit.
https://np.reddit.com/btc/comments/3t4kbk/forkology_301_the_three_tiers_of_investor_control/


Tier 2: Fork Arbitrage on Exchanges
This case is [...] only required if a change is too controversial for something like XT's 75% threshold to be relied upon. Here, several weeks/months before the fork is to occur, Bitcoin exchanges prepare futures contracts for, say, coins in Core and coins in XT, and let investors effectively sell their coins in Core to buy more coins in XT, or vice versa.
For example if you have 10 BTC, you would of course have 10 Core bitcoins and 10 XT bitcoins after the fork if you took no action, but if you choose to participate in the arbitrage you might sell your 10 future Core bitcoins and use them to increase your future XT bitcoin count to 15 or 20 BTC. Why would it ever be only 15 BTC? This would be the case where you entered the arbitraging late and Core bitcoin futures had already fallen to half the price of XT bitcoin futures, meaning your 10 Core BTC only buys you 5 XT BTC. [For more technical details, see Meni Rosenfeld's How I learned to stop worrying and love the fork, though he doesn't address the futures contract innovation, which further streamlines the process by giving a very strong indication of the winner before the fork even happens.]
In almost all conceivable cases a definitive winner emerges (and if not, no other method is going to do any better at determining the winner), and the other fork either dies or becomes a niche alt-protocol coin (not really an "altcoin," since it shares Bitcoin's ledger). The niche coin would likely only arise and persist if there truly were a key tradeoff being made, as some small block adherents argue. In any case, hodler purchasing power is completely preserved by default if they choose not to bet in the "forkbitrage" process, even in the event of a persistent split.
This forkbitrage process represents a more direct expression of investor will than in Tier 1. (Also, it may be possible that this process starting up would kick off Tier 1 effects that would allow the more radical measure of forbitrage to be halted early, with the exchanges returning investors' bets.)

Meni Rosenfeld: Bitcoin is actually much less suitable for illegitimate uses than is commonly believed. Its pseudonymity strikes a good balance between a degree of privacy, and the ability to spend resources on tracking any suspected illegal activity. In any case, Bitcoin-related crime should be condemned and fought just like any other kind of Meni Rosenfeld [Online]. Global Bitcoin Computing Power Now 256 Times Faster Than Top 500 Supercomputers, Combined!, " (Forbes), [online] 2013global- bitcoin-computing-power-now-256-times-faster Meni Rosenfeld is a scientist, developer and entrepreneur, and one of the top Israeli bitcoin experts. He is the leader of the Israeli Bitcoin Association (IBA) for already almost five years. In a news report this week, Bitcoin Association chairman Meni Rosenfeld indicated that the Bank of Israel had refused the Bitcoin Association’s request. The request was to entail the banks to issue their policy on digital currencies, saying that this constituted “commercial secrets.” Legal Action Talks with Other Bitcoin Holders Meni Rosenfeld, the Chairman of the Israeli Bitcoin Association, told Cointelegraph that he believes 24-hour fees show too short a timeframe to be particularly significant. He pointed out that historic data shows that the Bitcoin transaction fee rate is more volatile than the asset’s price itself.

2:09:02 Regulation Alternatives – Other Jurisdictions (Hon. Jason Hsu, Peter Dittus, Renato Opice Blum, Meni Rosenfeld, Mary Saracco) 2:49:39 Using Technology to Unite Us (Brock Pierce) Meni Rosenfeld - Early Days of Bitcoin Mining Tel Aviv Nov 2016. Join me and Meni Rosenfeld, the most known Bitcoiner in Israel and Chairman of the Israeli Bitcoin Association, for an in depth interview. The interview will... OnChain Scaling Conference presentation June 24/16 "A Fork in the Road: Must we Choose a Path?" www.onchainscaling.com [email protected] The lecture took place in the Inside Bitcoins Tel Aviv 2014 conference, organized by the Israeli Bitcoin Association and Buzz Productions, on October 19-20, 2014. Slides (for the entire conference ...