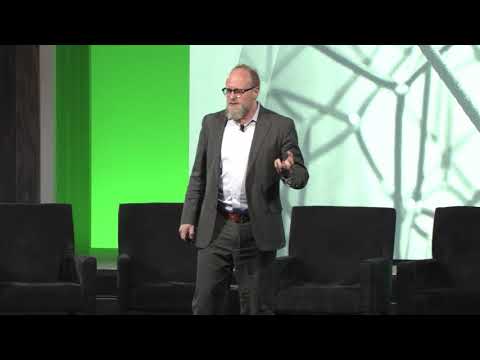 There is something terribly misleading about Saifedean Ammous' arguments that I would like to see challenged by legit Austrian economists. I don't know much about Mr. Ammous, but he is clearly a Bitcoin monopolist.
When Ammous was on the Tom Woods Show, Tom mentioned early that they would eventually talk about Bitcoin Cash. A few minutes later, Tom in his usual manner courteously asked about "store of value." Saifedean Ammous answered that BTC is "the best store of value ever invented," and he went on for almost 9 minutes explaining why. Somewhere in there he said he would prefer if they don't waste their time discussing Bitcoin Cash, since it's so trivial to change Bitcoin Cash, while BTC on the other hand is "set in stone." I found that to be one of the worst arguments ever. There is nothing special about the 'Bitcoin Core' developers as compared to other developers.
Woods, being an economist, didn't let Ammous go so easily. A few minutes later, Tom presented the question:


The folks with Bitcoin Cash are arguing that the initial promise of Bitcoin was not simply that it would be a store of value, but that it would be a medium of exchange, and that people would use it in ordinary transactions. That aspect of Bitcoin [Core - BTC] seems to be breaking down.
You get two different responses. One is, 'Well, we're coming up with some innovations that may help foster that again...' (OP insert: a reference to Lightning Network) and the other one is, 'Ah we never really needed the medium of exchange function anyway, it's best to think of Bitcoin as being digital gold, and it's fine for it to be expensive to transact in.
I think at the very least the Bitcoin Cash people can say that their concerns are concerns that are rooted in the original vision of Bitcoin, and that that vision is being changed in ways that aren't radical enough. In other words if you really want to challenge the Federal Reserve, you've got to challenge it not just by introducing another store of value, you've got to introduce another medium of exchange.


I appreciate the way Tom presented this. Ammous' answer was... well, I've typed it out in full below. If you don't want to read it all, you can click the above link and listen to it. Anyway, here is his entire answer, with my emphasis on some fun parts. See if you can find the misleading stuff:


There is a lot of misleading stuff in Ammous' long-winded answer. I started typing out his whole answer because I knew Ammous was all wrong. But of course, that's not the case. To be honest, there are some kernels of truth in there. Here are some of the things I didn't like:
There is more I don't like in his response. But, I want to move on to one decent point he makes. It could be that we really do in fact need layer 2 in order to handle all transactions on the planet. Who knows? Anyway, I actually like the case that Saifedean presents for layer 2. The problem with his argument is, we clearly don't need it right now. Why must we absolutely constrict users, which has impeded adoption, and force everyone over to layer 2... right now? And, where are the choices in layer 2 networks?
Now having looked at his whole argument, I really don't like the way Saifedean intends to shut down discussion. It shows that he is attempting to monopolize Bitcoin and is actually competition-averse. But he does make some good points nonetheless.
Edited to place some emphasis

BitBoy Crypto Shows Us How To Make 15k A Month